Date: March 22nd, 2010
Author: Sara Quin
Publication: www.teganandsara.org
Headline: Sara Reads "Nothing to be Frightened Of" and "Changing My Mind"

I ended up really fixating on one minor detail in "NOTHING TO BE FRIGHTENED OF". The author describes a scenario that involves being killed by an alligator. It was only a few sentences, but it really colored the way I read the rest of the book. What sent my eyelids springing towards my eyebrows was his description of waking up in an alligators den, the terror in realizing that you are NOT dead, you've just been knocked unconscious by the alligators "death roll" and you have awoken to face your death isolated and alone in the home of the feared predator who is about to eat you. The author then dares you to look it up, because apparently it is true that sometimes the "death roll" does NOT kill you and you end up back at CHEZ ALLIGATOR on the dinner menu. UGH.

The book is really fantastic, but for some reason I now associate that paragraph with the dark green sheets of my bunk in our tour bus. And I will always link the cover of that book with the panic attack that occurred somewhere along the stretch of highway between Tampa Bay and Boca Raton. I've made several attempts to find actual information about alligator attacks, but after a few clicks on google, I was actually more afraid of alligators than anything else on earth. Which is, I realize, absurd.

(I really liked the book, but I just wanted to give you and inside look at how sensitive I am.)

I was far less traumatized by the second book I read this month.

I have always enjoyed reading Zadie Smith. This is a collection of essays, none of which contain facts about alligators. 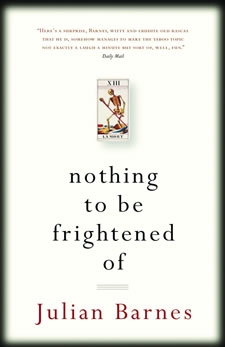 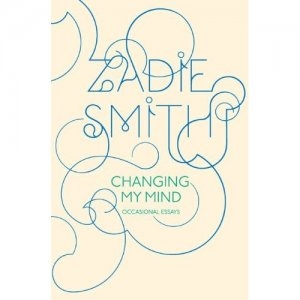