A (kinda) short history of the people behind teganandsara.org

Jen
When I started teganandsara.org in 2000 I didn’t own a computer. 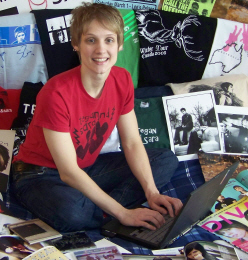 As a matter of fact, I ran the site for two to three years before I purchased one. In the time since, a couple of hard drives have crashed on me and I’ve lost T&S gems that I hope will surface again someday, dusted off and discovered in someone else’s rarely used “My Documents” folder.

Frankly, I started the site because I was bored at work and wanted to learn HTML. I decided I could either post a lame résumé or start something else, say a website for this rarely heard of Canadian duo that I thought was pretty cool.

Over the years I’ve gotten so wrapped up in the website I’ve stayed in all weekend working on it. I’ve gotten burned out. I’ve gotten yelled at by “fans”. I’ve gotten praised by fans. I’ve been plagiarized. I’ve had most of the content ripped off at one time or another. I’ve even been interviewed for a magazine. (That one was pretty cool.)

Thank you for supporting Tegan and Sara, for stopping by the website, and for reading.

Allison
I became a fan of Tegan and Sara in 2000. I had read about them in my university’s newspaper, and decided to go to one of their shows. After seeing them live I was hooked. Using my dial-up connection, I scoured the internet looking for more information about them. The 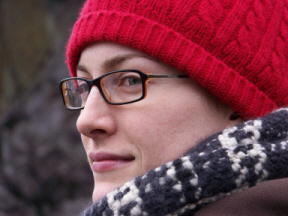 most comprehensive site I was able to find had a bunch of articles and up-to-date tour information. I decided to email the webmaster some articles I had found that weren’t posted, and that is how my relationship with Jen and teganandsara.org began.

Years later I still scour the internet looking for information on Tegan and Sara to share on teganandsara.org. I’ve worked with Jen to come up with various ways of getting fans involved via message boards, the e-team, contests, meet-and-greets, “Ask Tegan”, etc. It’s a great community to be involved in, and I have met many wonderful people because of my involvement.

Thank you for stopping by our little corner of the internet. Hope you find the information compiled here useful. Please don’t hesitate to email us if there’s something you would like to contribute or even just to say hello.

In today’s online-obsessed world, perhaps the best shrine one can build to worship the rockers of his or her choice is a fan website. That’s exactly what Jennifer Vaughn, 32, did in the summer of 2000 when she decided the world would be a better place if all things Tegan and Sara-related could be found in one location. Born out of boredom at her data-entry job in Pittsburgh, Vaughn began teganandsara.org as a place to collect any news articles and tour information she could find –which believe it our not, was a little more scarce eight years ago.

“When [the site] was new, Tegan and Sara really didn’t have the staff that they have now to keep their own site updated because they were on the road so much,” explains Vaughn, who now lives in Toronto and works for a marketing company. “So my site was able to do that stuff. I would try to compile all the tour information, and people [started] to send me stuff and say, ‘Hey, I found this really cool thing. Do you want it?’ As more people would write, the message board started and a good community started to evolve.”

Vaughn –who’s attended more than 60 Tegan and Sara shows and has an extensive memorabilia collection –has personally seen the band’s fans evolve in age, gender and crowd size. She isn’t at all surprised by Tegan and Sara’s dedicated fanbase. She’s thankful for it, too, because her fan site allowed her to meet her spouse, Allison, after the two began e-mailing back and forth about some Tegan and Sara news articles. “I’ve actually met some very cool, fun people who always seem willing to help you find your way around a city,” she says. “There’s a real spirit of community.”

With Google+ plugin by Geoff Janes